Love to Dream Swaddle Up Review

Great for some babies and not great for others, the Love to Dream Swaddle Up is not a traditional swaddle and does not secure baby’s arms down or crossed. Instead, this swaddle’s snug fit and flying baby squirrel/arms up positioning helps calm baby’s startle reflex while still allowing babies to use their hands to self-soothe. Parents who have tried more secure swaddles and determined their babies do not like them– but still have babies who startle awake– might want to give the Swaddle Up a try. Babies who prefer a more secure swaddle will likely not sleep well with this swaddle. 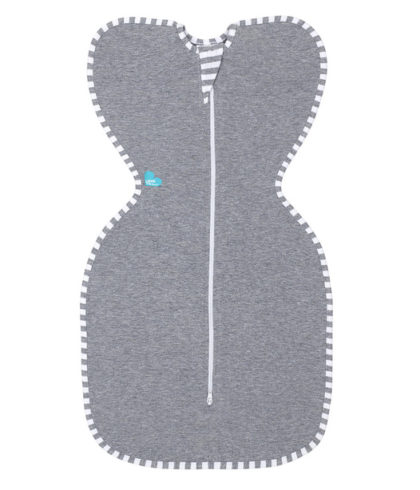 GO BACK TO ALSO MOM'S OVERVIEW OF THE BEST VELCRO AND ZIP-UP SWADDLES.